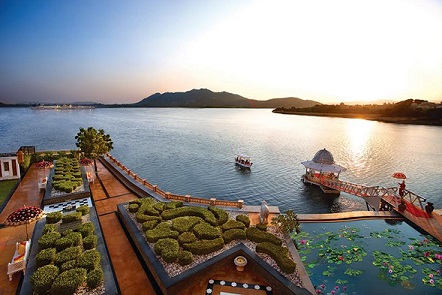 As far as hotel real estate transactions in India go, 2017 has started off with a big bang. After a relatively quieter 2016, this year saw the acquisition of a majority stake in India’s foremost hotel management company, Sarovar Hotels, by The Louvre Hotel Group (part of Jin Jiang International Holding). This transaction alone has paved the way for 2017 to set a new record in India’s fledgling hotel transactions’ market.

The last significant year for the hotel transaction market was 2015, in which the market witnessed over Rs 24,233 million worth of trade in existing and brownfield hotel assets – a 44.8% increase over the second-highest year of 2012, which had witnessed nearly Rs 16,730 million worth of trade. While 2016 lacked the big bang announcements of 2015, it witnessed five hotel-related asset transactions – some of which were undertaken to convert the underlying assets to alternate developments.

The more significant contribution of 2016, however, has been the commencement of major transactions which are likely to fructify in 2017. In addition to the Sarovar deal, around 12 to 15 more hotel asset transactions – either in the form of portfolios or single assets – are currently in the works. JLL Hotels’ team is confident of closing about 10 to 12 such deals in 1H 2017.

The ongoing trend in the hotel transactions market is in line with our belief that the Indian hospitality market today is a fertile field for strategic acquisitions. This trend will immensely help players keen on establishing a footprint in the Indian hospitality sector without taking the risks associated with development of new hotels in the country. Most hotel transactions today are occurring at replacement, or a slight discount to replacement cost, keeping both the seller and the buyer content with the target price.

Hotel buyers in the market today are strategic investors who firmly believe in and understand the hotel segment’s economic cycle. As in all business cycles, the hotels economic cycle has started to trend upward. Performance metrics like ADR (Average Daily Rate) and Occupancy have resumed strong growth for most hotel markets in India. Countrywide hotel markets are performing at an all-time high with ADRs ranging between Rs 4,200–7,900 and Occupancy ranging between 54-75%. Hotel markets are clocking nearly 12% higher room revenue over 2015, which in itself witnessed nearly 11% higher room revenue growth over 2014.

Pune and Hyderabad are witnessing double-digit growth in performance ranging between 12-18%, after being almost written off by many hotel industry pundits. Simultaneously, leisure and tier-II and III hotel markets are outperforming the more mature and established commercial hotel markets of the country.

As of date, nearly 70 to 80 hotel assets across India are available for transacting. Acquisition of a good quality hotel asset in a well-established hotel market is the surest way to success in this under-serviced industry of India, which boasts of nearly 1.5 billion visitors in 2015.

We are of firm opinion that given the new hotel supply in the country slowing to 3-4% (y-o-y) over the next 3-5 years – from a high of 6-8% over the past five years – and the return of growth of India’s macro-economic indicators, hotel markets will see strong performance growth in the short-to-medium term.