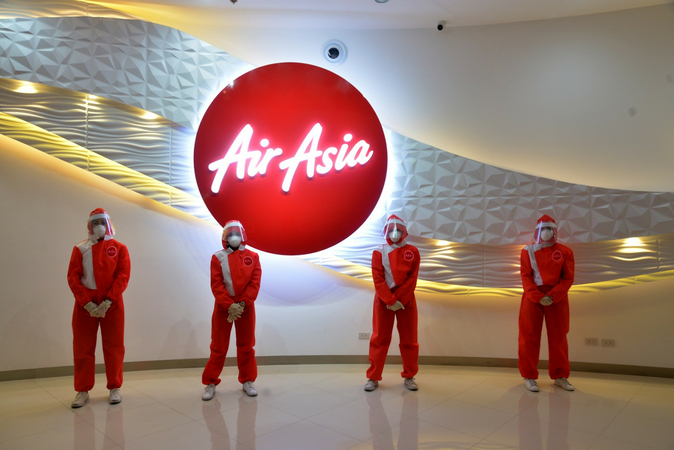 Southeast Asia’s largest budget airline AirAsia Group is expanding its digital profile by launching a super app that provides a wide range of services from travel and lifestyle to logistics, in the hope of capturing the regional market despite the travel slump caused by the COVID-19 pandemic.

AirAsia Group CEO Tony Fernandes on Thursday said the mobile application would be aimed at the ASEAN market as a whole rather than individual countries.

“We’re nowhere near the size of Gojek or any other [companies]. But again, AirAsia is not about being dominant in one country but providing an ASEAN product,” he told The Jakarta Post during a virtual press conference, referring to regional ride-hailing firm Gojek.

To fit into Indonesia’s market, Fernandes said that AirAsia’s mobile application would serve cross-country commerce and transactions within the ASEAN region amid the domination by ride-hailing giants such as Gojek and Singapore-based Grab.

“We will serve the market for Indonesians who want to buy ASEAN products, and we want to build uniqueness that will be different from the big players in Indonesia,” he said.

Fernandes said that the group was also open to additional investment from venture capital and other sources in order to expand AirAsia’s digital business and help boost its growth.

“The AirAsia [airline] first raised capital with the private equity market and then through an initial public offering [IPO]. We’ll do exactly the same,” he said.

He also denied that the company was moving away from the aviation industry, which has been pummeled by the COVID-19 pandemic, with its digital ventures, stating that the company had developed the venture since 2018.

“This is our Plan A to diversify our revenue. This journey didn’t start during COVID-19, it started two years ago,” he said. The global aviation industry has been severely hit by the pandemic, as governments close borders and impose movement restrictions across the world. The International Air Transport Association (IATA) forecasts losses totaling US$84.3 billion for airlines this year as a result of the global health crisis.

Publicly listed PT AirAsia Indonesia, AirAsia’s branch in the country, posted losses of Rp 909 billion ($61.2 million) in the first half of this year, significantly worse than the Rp 82.5 billion during the same period last year, according to the company’s financial statement.

Meanwhile, AirAsia Group in Malaysia also charted a fourth quarterly loss between April and June period, when the company posted a net loss of RM 993 million ($238.3 million), compared with a net profit of RM 17.3 million in the same period last year, according to Reuters.

AirAsia Indonesia recently reopened four of its routes from Bali starting Sept. 1, allowing passengers to travel from the famous island destination to Labuan Bajo in East Nusa Tenggara, Lombok in West Nusa Tenggara, as well as Yogyakarta and Surakarta in Central Java.

According to a statement, the move is part of the airline’s efforts to gradually reopen its popular routes as it enters its third month since resuming operations during the pandemic.

“We continue to work hard to gradually normalize the operations of our customers’ favorite routes, starting with our Bali hub,” AirAsia Indonesia president director Veranita Yosephine Sinaga said in a statement.