Honeywell’s 29th annual Global Business Aviation
Outlook forecasts up to 7,300 new business jet deliveries worth
$235 billion from 2021 to 2030, down 4% in deliveries from the
same 10-year forecast a year ago.

Despite the dip, 4 out of 5 business jet
operators in the survey indicate that purchase plans have not been
affected by the ongoing global COVID19 pandemic. Short-term
reductions in both deliveries and expenditures due to the pandemic
aren’t expected to have a lasting impact on the business jet
industry.

“Business jet usage is expected to rebound to 80%
to 85% of 2019 levels in the 4th quarter of 2020 and fully rebound
by the middle of 2021, indicating demand for business jet travel
is returning after the global pandemic caused a slowdown in the
industry earlier this year,” said Heath Patrick, president,
Americas Aftermarket, Honeywell Aerospace. “The information we
gleaned from operators shows a less than 1% decline in five-year
purchase plans, so despite the short-term effects of the pandemic,
we don’t expect long-term changes to purchase plans or to the
overall health of the business jet market.” 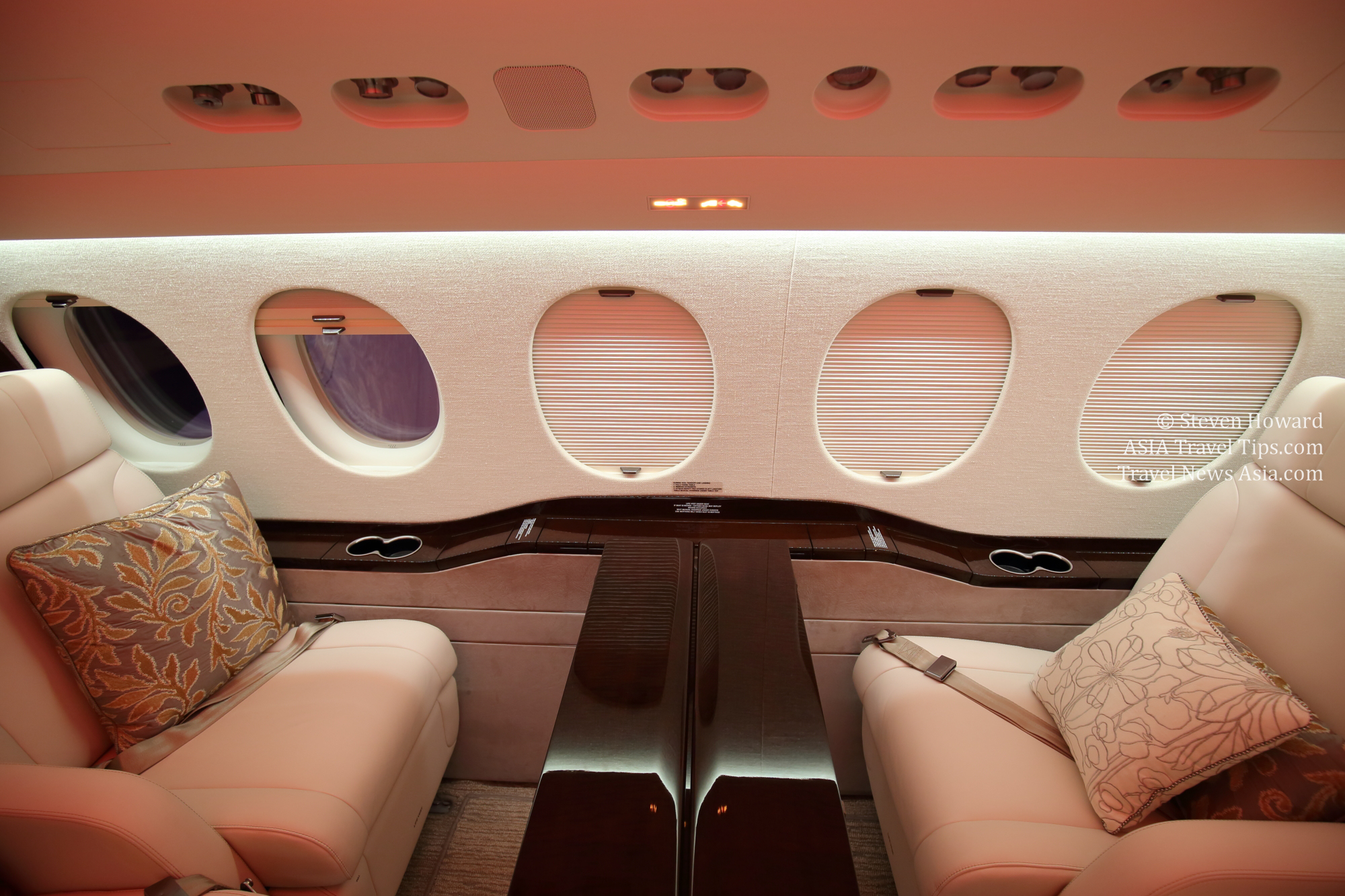 • Operators in Asia Pacific report new jet
acquisition plans for 14% of their fleet over the next five years.

• Based on the expressed level of purchase plans,
Asia Pacific remains at a 10% share of global new jet demand over
the next five years.

• About 30% of respondents in Asia Pacific plan to
schedule their new purchases within the first two years of the
five-year horizon, compared with 40% a year ago.

“Despite being at the centre of the pandemic, we
are seeing that the business jet demand in the Asia Pacific region
remains stable,” said Amit Kaul, leader, Business & General
Aviation, Asia Pacific, Honeywell Aerospace. “Business jets are an
alternative solution to commercial air travel, as the industry is
dealing with flight restrictions, quarantine, and social
distancing rules. We have seen how the market has withstood the
challenges from past crises and we remain cautiously optimistic in
region’s potential to bounce back.”

• Five-year purchase plans for new business jets
are down less than one percentage point compared with last year’s
survey.

• Among those purchase plans of new business jets
over the next five years, 30% are expected to occur in the next
two years. This is 5 percentage points lower than last year’s
survey, due mainly to near-term uncertainty.

• Operators plan to make new jet purchases
equivalent to about 16% of their fleets over the next five years
as replacements or additions to their current fleet, in line with
2019 survey results.

• Operators continue to focus on larger-cabin
aircraft classes, from large cabin through ultralong- range
aircraft, which are expected to account for more than 70% of all
expenditures of new business jets in the next five years.

• The longer-range forecast through 2030 projects
a 4% to 5% average annual growth rate of deliveries in line with
expected worldwide economic recovery. This figure is higher than
in 2019 due in part to COVID-related declines in 2020.

• Purchase plans for used jets show a moderate
decline in this year’s survey. Operators worldwide indicated that
25% of their fleet is expected to be replaced or expanded by used
jets over the next five years, down 6 percentage points compared
with survey results from 2019.

Effects of COVID-19 on the industry:

• 82% of respondents in North America expect to
operate their business jets less frequently in 2020 versus 2019.
Other regions are seeing similar declines. Global business jet
usage is expected to recover to 2019 levels by the second half of
2021.

• Survey respondents did not signal sales of
late-model aircraft due to COVID-19. Specifically, only 10% of all
respondents in the survey are planning to sell one or more
aircraft without replacement in the next five years compared with
8% in last year’s survey.

• New jet purchase plans remain unchanged in North
America in this year’s survey. Over the next five years, 15% of
the fleet is expected to be replaced or supplemented with a new
jet purchase.

• About 32% of operators responding to the survey
plan to schedule their new purchases within the first two years of
the five-year horizon. This is 4 percentage points lower than in
last year’s survey.

• Purchase plans for used jets are lower, down 8
percentage points when compared with last year’s survey but back
to historical levels as last year saw a five-year high.

• An estimated 64% of worldwide demand for new
jets will come from North American operators over the next five
years, up 4 percentage points compared with last year’s survey.

Europe – Operators have slowly been replacing
aging aircraft in the fleet.

• Europe’s purchase expectations decreased this
year to roughly 24% of the fleet, down 4 percentage points
compared with last year’s results.

• About 24% of operators plan to schedule their
new purchases within the next two years, down 6 percentage points
and below the worldwide average of 30%.

• Europe’s share of global demand over the next
five years is estimated to be 18%, 1 percentage point lower than
last year.

• In Latin America, 15% of the fleet is expected
to be replaced or supplemented with new jet purchases over the
next five years, down from 21% in last year’s survey.

• Latin America will represent ~3% of the total
projected business jet demand over the next five years versus 7%
in last year’s survey. The decline is due to economic pessimism in
the region.

• 16% of respondents said they will replace or add
to their fleet with a new jet purchase, up from 12% last year.

• The share of projected five-year global demand
attributed to the Middle East and Africa is 4%, in line with the
historical range of 4% to 6%.

• Plans to acquire used jets in the next five
years dropped by about 6 percentage points from last year’s
survey. Twenty-five percent of used business jets will trade hands
over the next five years, compared with a five-year projection of
31% in 2019.

Honeywell’s forecast methodology is based on
multiple sources, including, but not limited to, macroeconomic
analyses, original equipment manufacturers’ production and
development plans shared with the company, and expert
deliberations from aerospace industry leaders.

The company says the survey sample is
representative of the entire industry in terms of geography,
operation and fleet composition.

Travel News,
Video
Interviews,
Podcasts
and other
news regarding: