It would take years to explore every glacier, lake, river and stream on Mt. Rainier, but you can dive into the park’s bountiful beauty in just two minutes.

Next time you visit Seattle, be sure to set aside some time to get outdoors. It’s easier than you’d expect: There are several national parks within a few hours’ drive from the city.

You can conquer the High Divide in Olympic National Park, hike the Wonderland Trail in Mount Rainier National Park or kayak in North Cascades National Park. Whichever adventure you choose in the Pacific Northwest, chances are, you won’t be disappointed.

Here’s how to make Seattle your home base for adventure while taking days trip or multi-day trips to nearby national parks.

REI Adventures offers several different types of trips to this well-known national park. For the ultra-adventurous set, there is a 4-day backpacking trip along the High Divide, one of the most iconic backpacking trails within the National Park System. 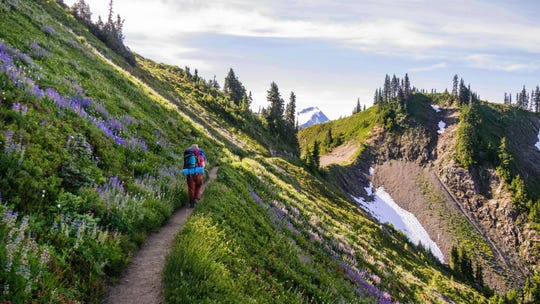 REI’s four-day High Divide backpacking trip is not for the sedentary: the itinerary calls for several days of 2,000 feet of elevation gain/loss. (Photo: iStock/Getty Images via REI Adventures)

You’ll trek through old-growth forests and past high alpine lakes. You’ll feel the spray of Sol Duc Falls, take in views of Mount Olympus from the Hoh River Valley and take a dip in a sapphire-blue lake along the way. 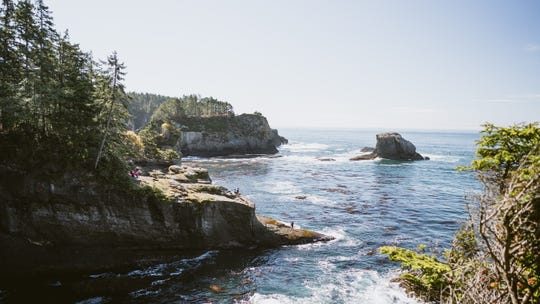 “The High Divide route starts in a temperate rainforest and then travels along some of the most spectacular high alpine trails Washington state has to offer,” says Heather Gyselman, REI Adventure Travel program manager for North America. “The entire route is eye candy.”

Just be prepared to carry a backpack weighing 30 to 35 pounds for distances of between 3.5 to six miles. You’ll have 2,000 feet of elevation gain/loss a few days in a row.

But your surroundings will absolutely make up for all the effort. You’ll traipse through fields of wildflowers and spot lots of wildlife (elk, deer and marmots call this place home) along the way. 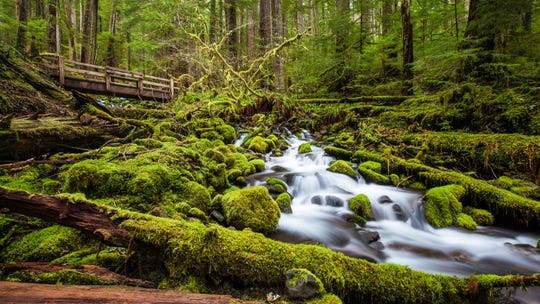 “Being in the Hoh Rainforest is like walking through a fairytale,” says Heather Gyselman, REI Adventure Travel program manager for North America. (Photo: REI Adventures)

Over the years, Gyselman has witnessed a black bear digging for bugs, watched an otter make a dash into the Pacific and seen a mama black tail deer and her fawn walking through the fog at Rialto Beach. Not to mention, she once was chased by an angry ruffed grouse.

“Being in the Hoh Rainforest is like walking through a fairytale,” she says. “Everywhere you look there’s something remarkable. Ancient old-growth trees sometimes towering 250 feet over your head, Western sword fern the size of a six-year old. The occasional herd of majestic Roosevelt Elk. The Hoh is a remarkable living and breathing landscape. It’s impossible not to be inspired by its greatness.” 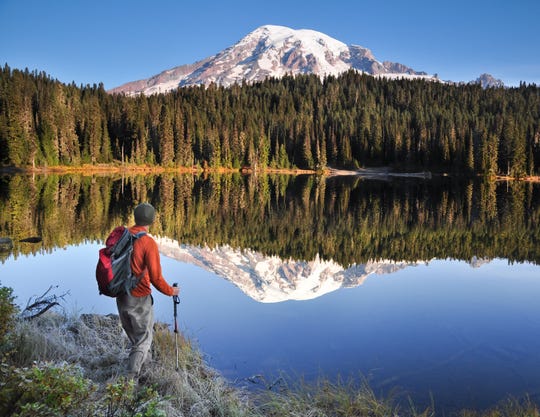 “Mount Rainier is my beacon and the park is like home,” says Gyselman. “It’s quintessential Pacific Northwest.”

Just like Olympic National Park, Mount Rainier is home to a variety of critters. Her number one favorite is easily the marmots.

“I love walking along the trail and seeing them spread out on large rocks basking in the sunshine or hearing them call to each other across flower-filled meadows,” she says. “They’re so funny and have great personalities. I’ve spent hours trying to engage them in long drawn out whistling conversations.” 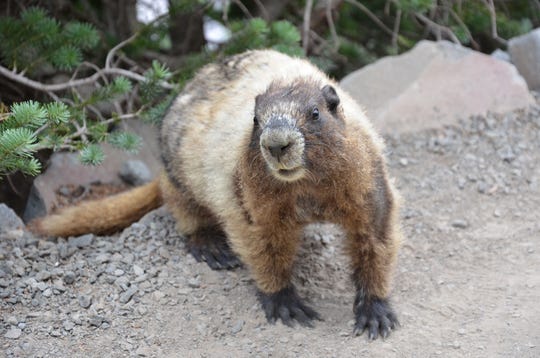 She recalls one birthday trip to the park fondly. Her husband and friends were backpacking along the park’s Northern Loop trail with her. “My birthday falls at the peak of the Perseids meteor shower,” she explains. “That evening, we hiked down to a tiny backcountry lake, placed our mats down along the shore and watched falling stars light up the night sky in the shadow of the mountain. It was unbelievably cool and a memory I’ll hold onto forever.” 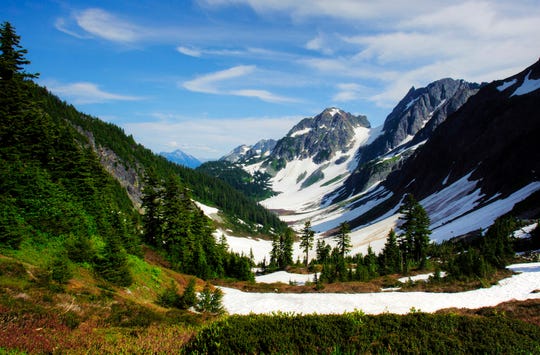 North Cascades National Park, about a 2.5-hour drive from Seattle, is often called the American Alps.

One way to get to know the park is by signing up for a tour with Evergreen Escapes. A naturalist will pick you up if you are staying in downtown Seattle and take you on a hike so you have an excellent view of the park’s alpine meadows, rocky ridges, jagged peaks and blue glaciers.

Another option is to make the drive on your own. Opt for an interpretive walk with a ranger or an educational program with the North Cascades Institute. Programs range from geology sessions to classes about wildlife.

It’s also a paddler’s paradise: Bring your own kayak along or rent one on the way to North Cascades National Park, where you can pick your paddling spot from dozens of lakes and creeks. Ross Lake, Stehekin River and Lake Chelan are all popular choices.

Visiting a reopened national park after lockdown?  What to know before you go