Chicago is counting on Yu Darvish to avoid a playoff sweep. The ace right-hander was a steady presence for the Cubs throughout the pandemic-shortened season, joining the NL Cy Young Award conversation. A four-time All-Star with Texas, he tied Cleveland’s Shane Bieber for the major league lead with eight wins […]

Chicago is counting on Yu Darvish to avoid a playoff sweep. The ace right-hander was a steady presence for the Cubs throughout the pandemic-shortened season, joining the NL Cy Young Award conversation. A four-time All-Star with Texas, he tied Cleveland’s Shane Bieber for the major league lead with eight wins and was second in the NL to Cincinnati’s Trevor Bauer with a 2.01 ERA.

The Marlins will counter with 22-year-old Sixto Sánchez, who debuted Aug. 22 and posted a 3.46 ERA in seven starts.

Game 3 will be played Saturday if necessary.

Fernando Tatis Jr. and the San Diego Padres are finally into the swing of this unusual postseason. Tatis and Wil Myers became the first teammates since the Yankees’ Babe Ruth and Lou Gehrig in the 1932 World Series to each homer multiple times in the same postseason game, spurring an 11-9, come-from-behind win in Game 2 against St. Louis on Thursday to keep the season alive.

Prior to his rally-sparking three-run homer in the sixth, Tatis had stranded 10 runners in the series’ first 14 innings, including a bases-loaded strikeout in the fourth on Thursday.

The first shot got San Diego going, and the Padres went on to become the first team in postseason history with five home runs from the sixth inning onward in a game.

“I believe in momentum,” Tatis said. “I believe in teammates trusting each other, so we can bring it back together. Definitely after that game, I feel like we’re back.”

Settling the series will be a challenge for both teams, especially after they combined to use 17 pitchers Thursday. Asked about his pitching plans shortly after Game 2 ended, San Diego manager Jayce Tingler said he had “no idea.”

Eleven months after A’s pitcher Mike Fiers revealed details of the Astros sign-stealing scandal that rocked baseball, the right-hander will face his former teammates in an AL Division Series. Oakland punched its ticket Thursday by finishing off the White Sox in a best-of-three wild-card series, setting up an all-AL West ALDS that begins Monday.

Fiers, a member of Houston’s 2017 World Series championship team, told The Athletic last November the Astros used live camera feeds to steal signs en route to the title. That spawned an MLB investigation that ended in the firing of manager AJ Hinch and general manager Jeff Luhnow, along with the vilification of Astros players.

“We want to make sure they know what they’ve done and we can prove it to them and make sure we’re also the top team in the AL West,” A’s closer Liam Hendriks said. “But there’s also not being petty and not letting our emotions get the better of us by trying to be over the top and vengeful.”

A day after winning a postseason series for the first time since 2001, the Atlanta Braves plan to play a simulated game and workout at Truist Park. The club is in a postseason quarantine in a hotel, and manager Brian Snitker said players need to get out of their rooms.

The Braves won’t play again until Tuesday, when they’ll open an NL Division Series against either the Cubs or Marlins in Houston.

Copyright 2020 The Associated Press. All rights reserved. This material may not be published, broadcast, rewritten or redistributed without permission.

Most MA Hotels Will Close Without Government Bailout: Report

Sat Oct 3 , 2020
MASSACHUSETTS — As many as 603 of the state’s 900 hotels will close without federal government assistance, the American Hotel & Lodging Association said in a report released Friday. The report, which calls on Congress to pass a federal aid package for the lodging industry, said the state could lose […] 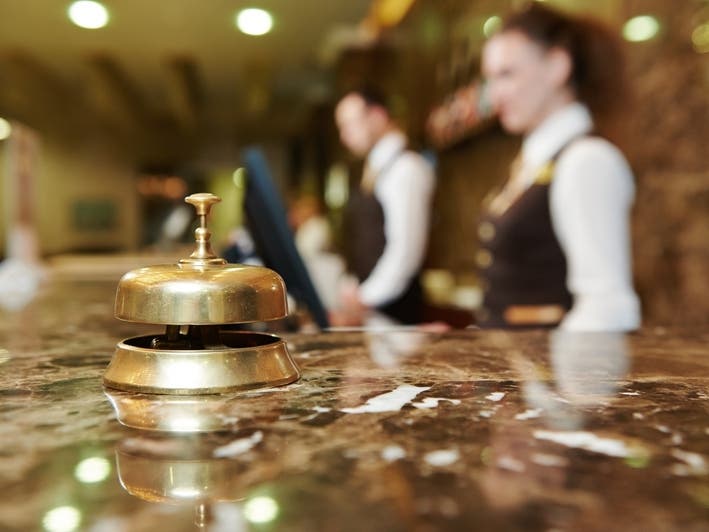