In June 2018, I realised that I had seen six of the Seven Wonders of The World – except for the Great Wall of China. That’s when I decided to visit China, not just for the wall, but its beautiful temples too.

When I arrived in Beijing, I rented a car from the airport and immediately went to the Great Wall of China. I visited the Badaling section of the wall, which is one of the more popular tourist sections and the nearest to Beijing city.

The Great Wall of China measures over 20,000km, making it the longest man-made structure in the world. The north section of Badaling was very crowded so I walked further down to the south section, where it was quieter. At some parts of the area, I was the only person around, which made me feel like the whole wall was mine to protect!

But while the wall itself is an architectural and engineering marvel, the view of the surrounding mountains was even more magical.

As I walked back to where I entered, I forgot that the wall was actually built on hills, until I started feeling the bodily aches and pains. I realised that I was no longer in my youth and my stamina was not what it used to be.

After lunch I continued my adventure at the Forbidden City. I knew that the Forbidden City was the largest palace in the world but that did not prepare me for the actual magnificent structure. I visited various quarters of the Imperial Palace, imagining just how powerful and rich the emperors of the Yuan dynasty – who resided there – were. It must have been an amazing sight to behold during its glory days.

The next day, I boarded a train for Shanghai for a day trip. I only had four days to explore China, which I knew was not nearly enough time. I had really wanted to see Shanghai though, especially the Shanghai Bund area. 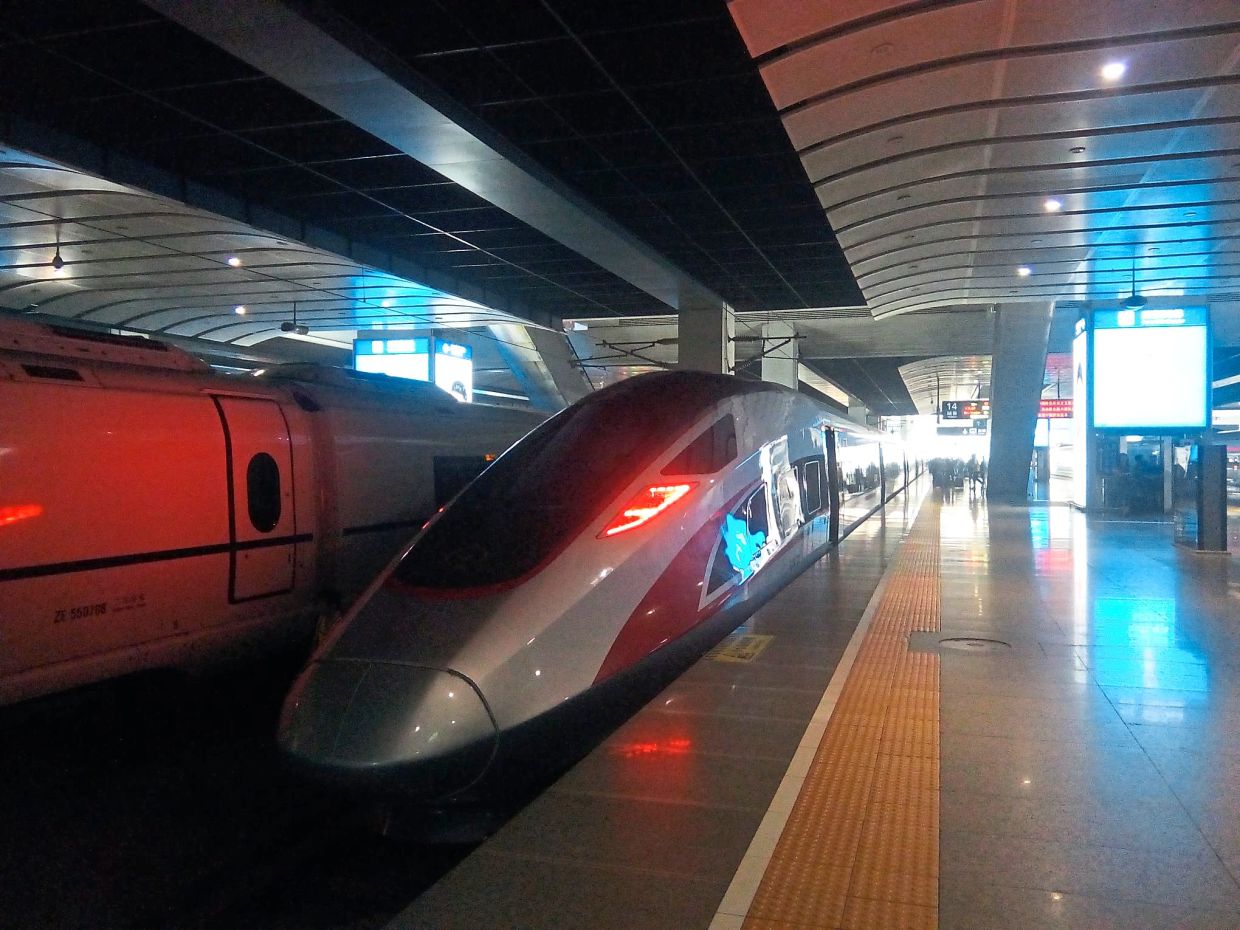 The Bund runs along the river and faces modern skyscrapers in the Pudong district, including the Shanghai tower (the world’s second tallest building), Jin Mao Tower and the famous Oriental Pearl Tower.

After a few hours, I headed to the train station to take a bullet train back to Beijing. The station was very interesting as everything looked so futuristic.

There was a robot sweeping the area, and it actually asked people to move aside if they were blocking its way!

The bullet train was the fastest I had ever taken; I arrived in Beijing in just under four-and-a-half hours.

The temple was surrounded by a beautiful park. It is an architectural masterpiece and the landscape designs were intricate and gorgeous. The complex was once visited by the emperors of the Ming and Qing dynasties for annual religious ceremonies.

Throughout my trip, I had desperately wanted to share pictures of my trip on my social media page but as Facebook is blocked in China, I had to patiently wait until I got back to Malaysia to do it. But as I stood in front of the temple that day, none of that bothered me. I just felt overwhelmingly grateful to have been to so many amazing places in my life.

The views expressed are entirely the reader’s own.

We may not be able to travel abroad now but would still love to hear what made your previous holidays so special. Your story (experiences, tips, advice) should be 700 to 800 words long in Word or Text format. Please attach at least five photos (1MB, captioned) in a separate e-mail. There is no payment for submissions, and we reserve the right to edit all submissions. E-mail [email protected] with the subject “Readers Share”.