New York City’s once seemingly indomitable hospitality industry sustained another blow this week when the owners of the historic Roosevelt Hotel, a 96-year-old Midtown institution, announced that the 1,025-room hotel will cease operations on Oct. 31. Named for President Theodore Roosevelt, the hotel opened in the fall of 1924, and […]

New York City’s once seemingly indomitable hospitality industry sustained another blow this week when the owners of the historic Roosevelt Hotel, a 96-year-old Midtown institution, announced that the 1,025-room hotel will cease operations on Oct. 31.

Named for President Theodore Roosevelt, the hotel opened in the fall of 1924, and its Italian Renaissance façade of chiseled marble and limestone has been an unchanging fixture of the Manhattan streetscape ever since. In a city filled with sleek new hotel towers, the Roosevelt was a favorite of locals and tourists alike because much of its interior remained unchanged, too. The “Grand Dame of Madison Avenue,” as some have called the hotel, has served as a backdrop for many films including The French Connection, Malcolm X and the 2017 Netflix series Wormwood. Gordon Gekko’s infamous “Greed is good” speech from the 1987 film Wall Street was shot in the Roosevelt’s ballroom.

But movie cameos don’t keep the lights on—tourists do, and right now New York City has very few of those.

“Due to the current, unprecedented environment and the continued uncertain impact from Covid-19, the owners of the Roosevelt Hotel have made the difficult decision to close the hotel, and the associates were notified this week,” read a statement first published by ABC News. “The iconic hotel, along with most of New York City, has experienced very low demand and as a result the hotel will cease operations before the end of the year. There are currently no plans for the building beyond the scheduled closing.”

As the pandemic endures for longer than many expected, the Roosevelt is only the latest prominent New York hotel to throw in the bath towel.

Midtown’s Maxwell Hotel was the first one to go in June, and more recent casualties have included the downtown W Hotel (a Starwood property), the Omni Berkshire Place and 478-room Hilton Times Square, a 478-room tower favored by tourists for its location right on 42nd Street just steps from Madame Tussaud’s. As of late September, some 200 hotels in the city were shuttered either for the short term or for good, according to the Hotel Association of New York City.

The city’s hotel industry was already beginning to stagnate before the pandemic, with both occupancy rates and rack rates slipping, though that was due mainly to overdevelopment. According to hotel data firm STR, the 672 hotels the city counted in 2018 had morphed to 703 by last year, with the total number of rooms going from 122,000 to 138,000.

But the protracted period of closure brought on by Covid-19 has hastened an inevitable shakeout, burning through the cash reserves of even the biggest brands. Curiously, in the Roosevelt’s case, that’s not a huge hospitality corporation, but an airline.

Pakistan International Airlines purchased the Roosevelt for $37 million in 1999, and the hotel’s revenues have been robust enough that the property even furnished a $50 million loan to the carrier in the past. And while the Roosevelt reportedly lost $1.5 million in 2019, that’s a bell boy’s tip compared to its parent. Pakistan’s national airline is reportedly in debt to the tune of $6.8 billion.

Wed Oct 14 , 2020
FAIR LAWN, New Jersey — Beth George, a lawyer-turned-bagel consultant, is taking her unique and exclusive bagel recipe around the world. Through her consulting business, BYOB Bagels, George is helping entrepreneurs start their own bagel business and guiding them through a recipe she’s been perfecting for over 15 years. “Bagels […] 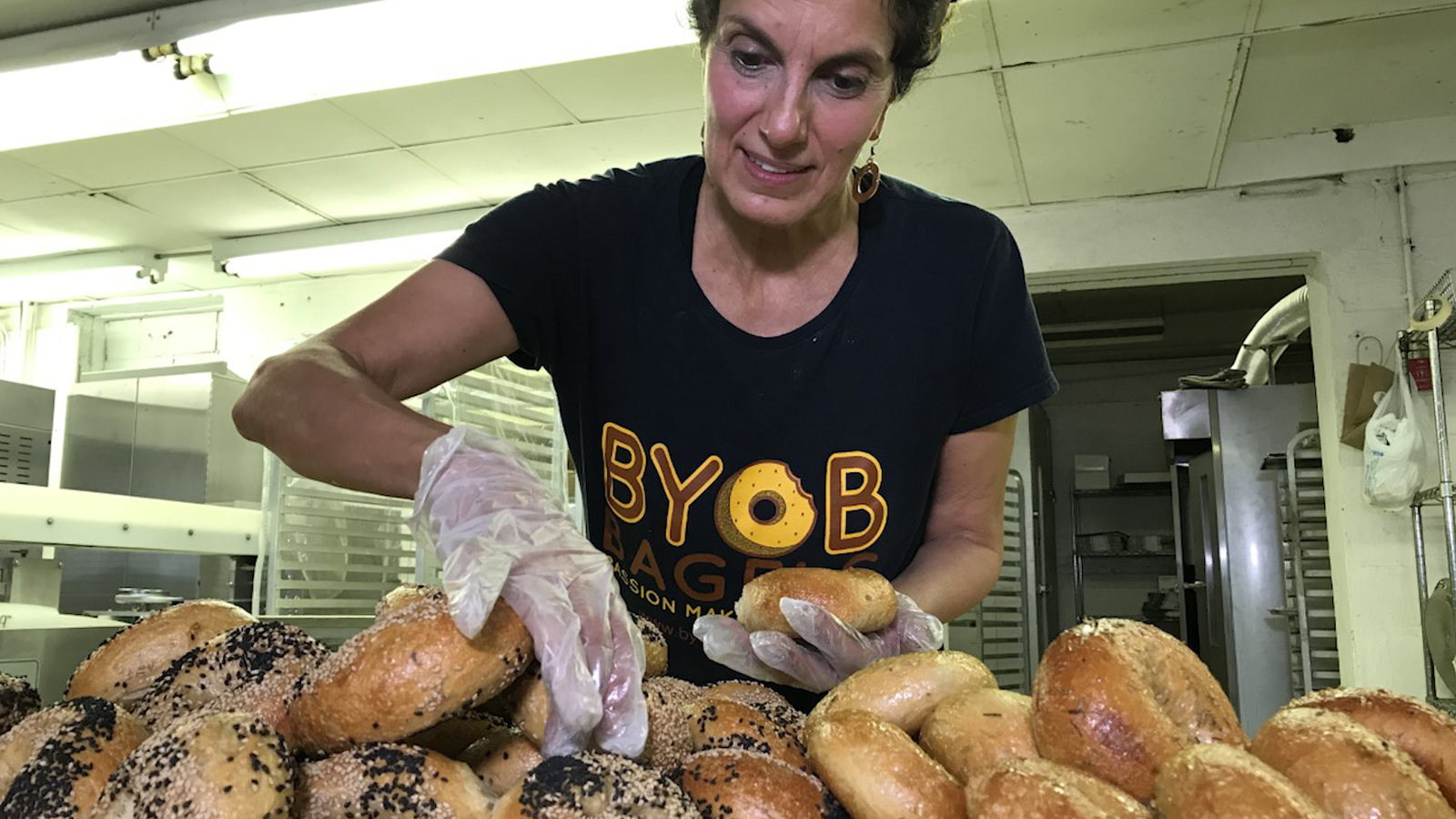