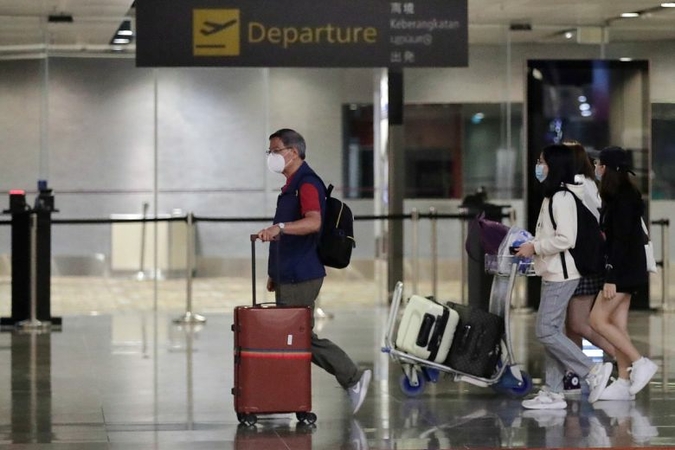 They come on top of other measures like unilaterally lifting border restrictions, and are part of Singapore’s plans to revive its air hub – to welcome back visitors and bring back jobs, while doing so safely, Mr Ong said in his ministerial statement on Tuesday (Oct 6).

The risks posed by Air Travel Bubbles can be further managed by setting a quota on the number of daily travellers and ensuring everyone gets tested for Covid-19, he said.

Singapore is looking to form these bubbles with safe countries and regions that have comprehensive public health surveillance systems, and low rates of Covid-19 infection comparable to the Republic’s.

Travellers will have to apply for Air Travel Passes before their journeys, to allow Singapore to plan for their arrival and throttle down the numbers if the epidemic situation changes, Mr Ong said.

Hong Kong has announced its intention to establish such bubbles with several countries, including Singapore, he noted.

“We have responded positively. We hope to commence discussions with Hong Kong and other partners soon.”

The minister also set out the other steps that Singapore will take to open up its borders and revive air travel.

First, the country will continue to pursue reciprocal green lane arrangements. Such travellers will be tested before departing and on arrival to ensure they do not carry the virus, and also have controlled itineraries to minimise any risk of community spread.


It will also continue to facilitate transfers at Changi. About a quarter of the passenger volume at the airport are transfers.

Since June, about 27,000 passengers transferred safely through Singapore, and there are now about 2,500 transfer passengers weekly.

“We expect the numbers to rise steadily… We have put in place robust safeguards and no Singaporean has become ill as a result of these transfers,” he said.

Third, Singapore should also be prepared to lift its border restrictions to countries and regions that are deemed safe, he said.

“Purely from an infection risk point of view, the risk of a traveller from these places carrying the virus when they arrive at Changi Airport, is no higher than that of a Singapore resident coming from Jurong or Sembawang.”

But as a precaution, these travellers will tested for Covid-19 to ensure they are free from the virus.


Singapore unilaterally opened its borders to travellers from Brunei and New Zealand last month, and more recently to those from Vietnam and Australia – excluding the state of Victoria.

While he does not expect to see large numbers of travellers from those countries in the short term, Mr Ong said such unilateral openings are still meaningful because they act as a standing invitation.

“Although the other countries are not ready to lift their restrictions now, Singapore can be top of mind when they are ready eventually.”

He gave the example of the Britain, which currently allows Singaporeans to travel there unilaterally without quarantine.

As Britain’s rate of Covid-19 infection remains quite high, Singapore still advises against Singaporeans going there, and is also not ready to allow travellers from there to come freely here, he noted.

“But we appreciate the UK’s standing invitation. So once their infection rate falls and becomes comparable to ours, we will lift restrictions quickly, which will effectively restore travel between our countries,” he said.

“Remember that we are small. Our domestic market is not a big bargaining chip. Instead, what we need to have, is a mindset of generosity, required of a hub,” he said, adding that this was why Singapore opened up its skies unilaterally when building up Changi Airport in the 1980s.

It is also why Singapore removed tariffs unilaterally for all countries decades ago.


Despite this, many countries chose to negotiate air services and free trade agreements with Singapore, he said.

“Because our partners know that by connecting to Singapore, they connect with the rest of the world. They chose to deal with Singapore because it is strategic to do so.”

In outlining these plans, he noted that borders are still closed in most parts of the world.

“For Members who are hoping to hear announcements on some air travel resumption and even possible December holiday destinations, I am sorry I will disappoint you,” Mr Ong said.